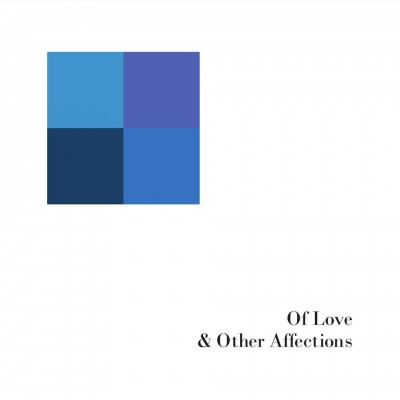 Brazil’s Postal Blue‘s new album has taken a very long time to make. The band started as a 4-piece in 1998, released their first – and until now only – album in 2004 and have released several EPs and singles on labels like Shelflife, Humblebee, Cloudberry and Drive-In Records. Today Postal Blue is a one-man band, where singer and songwriter Adriano Ribeiro does almost everything himself, – and he does it well!
The new album “Of Love & Other Affections” is definitely worth the wait. 10 lovely, well produced and well crafted indiepop songs that all are a real pleasure to listen to
.

Most of the songs here are upbeat, classic indiepop, with strong sound references to the melodic, bittersweet jangly pop from Sarah Records and the early days of Creation, as well as 60s bands like The Byrds and The Zombies. However, it’s on the songs that take him out of the typical and familiar indiepop genre where he shines the most. “One Day” is so beautiful, and here Adriano really shows that he’s a great singer. I also love the violin parts by former Math and Physics Club member Saundrah Humphrey on this song. It adds so much depth and emotion. Another collaborator it is important to mention, is Shelley Jane from Derby, UK. Her backing vocals on the lovely “Still Blue” are superb, and reminds me a bit of the vocals on Stereolab’s “Dots and Loops”-album.
“Isn’t it funny” is also one of these slower songs that really shows his quality both as a singer and a songwriter
. The chorus on this one is irresistible. Perfect!

It is rare to find an album where absolutely no songs are “fillers”. This is one of those few, and it is a strong contender to my album of the year list.

“Of Love & Other Affections” is out November 20 on Jigsaw Records. Buy it.