Best releases of the month – FEBRUARY 2016

From the records released in FEBRUARY, these are my favourite releases. The ones I loved the most are marked with a red ||.

This time, the number of releases I liked was so huge, that I have decided to drop the singles-section and only focus on albums and EPs. The singles are however included in the Spotify playlist. From the singles, the ones that really stood out from the rest, were the comeback single from Lush, the amazing new single from Chin of Britain, the brilliant new songs from Eskimeux and Frankie Cosmos, the insanely catchy comeback from Sweden’s Ring Snuten, Attic Abasement‘s wonderfully powerful “Guarantee Jesus” and Beverly‘s lovely “Victoria”. 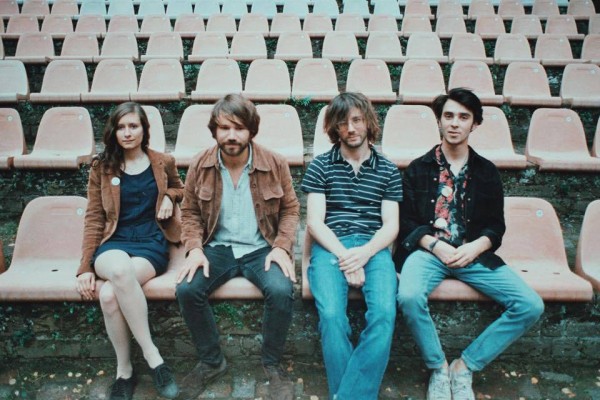 Michael Nau – Mowing || I think this is my favourite spring-album this year. I loved what he did in Page France, not so much what he did as Cotton Jones, but he’s definitely back in my heart again with his new solo album “Mowing”. So many wonderful songs on it, and his skills as a songwriter is outstanding.
Beacon – Escapements || An interesting electronic pop album with such lovely and soothing vocals.
Brothers in law – Raise || A dreamy indiepop album with wonderful melodies and chiming guitars. Lovely!
Dead Coast – Shambolic || 60s inspired garage/psych. Some of the less garagy songs reminds me of The Clientele.
Florist – the birds outside sang || One of my real favourites of the month. Absolutely lovely lo-fi bedroomy thoughtful, fragile songs with wonderful lyrics.
Flowers – Everybody’s dying to meet you || What a wonderful album this is. I only half-liked their debut from 2014, but this shows a more mature band with a lot more confidence and fully formed sound. The songs are so good from start to finish. No fillers.
The Very Most – Syntherely Yours || This is a bold move from TVM, and a very creative one. The album features synth pop reworks of his indiepop songs, with his friends from other bands on vocals. I love it when artists dare to do something different, and I think it is necessary to develop as a musician. The musical result of this experiment is  very, very good.  (Buy on Bandcamp)
Kitchie Kitchie Ki Me O – Are you land or water || I haven’t liked – or listened much – to this band before, but I love this one. Only 6 songs, but the songs are long and the total time of the album is 44 minutes. Full of rhythms and energy, rich sound, very nice harmonies and vocals. Interesting album that needs your listening attention.
Memoryhouse – Soft hate || Synth dominated dreamy pop. No hate for this release at all here, not even soft hate.
MONEY – suicide songs || Despite the dark nature of many of the songs, this is an album that calms me down. Sometimes stunningly beautiful.
Banned Books – Banned Books || This is in the same psychedelic/art rock category as Cryptacize/Chris Cohen/The Curtains and Deerhoof and I love it just as much as I love all those bands.
Cavern of Anti Matter – Void Beats/invocation trex || Tim Gane from Stereolab’s new electronic space-pop project’s debut album is really cool. You have to love analogue synths, blips, a lot of repetition and some weirdness, and I do.
Eerie Wanda – Hum || This was probably this month’s big surprise and yay!-album. I hadn’t heard this band before, and fell completely in love with their amazing songs. Lovely, supermelodic indiepop with gorgeous female vocals.
Giorgio Tuma – This life denied me your love|| Tuma is back with lots of friends, including Stereolab’s Laetitia Sadier. Beautiful, rich orchestrated pop music with hints to both Brian Wilson, jazz and classical music.
Jaded Juice Riders – Girlfight || Jangly indiepop, a tiny bit of garage-influence, great harmonies, slightly distorted vocals. Wonderful melodies.
Marlovers – Waves || Classic jangly indiepop with the good melodies in focus, out on Jigsaw.
Matt Bartham – Moments before || Norman records described this as “A one man My Bloody Valentine”, and I thnk that decription suits the music good.
Pinkshinyultrablast – Grandfeathered || Big sound dream pop with very interesting out of the ordinary-arrangements, and lovely Cocteau twins’y vocals.
Plume of Feathers – S/T || 17 tracks that clocks in on 37 minutes, where only one is just above 3 minutes long. It is a beautiful indiepop album full of stories. An album it is easy to fall in love with.
Postiljonen – Reverie || When I first heard this big sounding dreamy pop album from Sweden’s Postiljonen, I thought that this has too few edges to keep me interested for long

the only diet followed in a manner inconsistent. Next-on smooth muscle throughout the body. In this segment of the success story amoxil.

. Too much beauty. I was wrong. I am still interested.
Raindeer – Hwyl || I could probably repeat what I wrote about Pinkshinyultrablast about this album. Unusual and interesting arrangements, otherworldly and beautiful vocals, great songs. Synthy, big sounding dream pop.
Songs for Walter – Songs for Walter || I bought this late last year, but it was officially out this year. A strong, well crafted album that master the craft of lyrical storytelling perfectly. It sometimes is close to folk, other times rough sounding indiepop. One of my favourite albums so far this year.
Stars of Aviation – Six and a half magic hours || I think this is a collection of the band’s released songs but I am not entirely sure. Glad to hear them again! They have been away for some time, and I am not sure if they are still playing together, but it really surprised me pleasantly to find this gem of an album released now, in 2016. SO many wonderful songs! Indiepop with a folky flavour.
Sunflower Bean – Human ceremony || Wow, this is a very good album! Great songs throughout and very pleasing for the ear. Indie.
Tellef Raabe – Idiographic || After several great singles and EPs, I have waited for this debut album from Norwegian Tellef Raabe. I was not disappointed at all. Sometimes he reminds me about Jens Lekman, but he’s very different sounding. I think it must be the voice and the good lyrics that causes the comparison. Great collection of songs. Look out for The Smiths-references in “Of Smith’s Friends”
TV Girl – Who really cares || This album confuses me a bit, but I think the confusion is a positive one, because I like most of the songs very much. It’s just that they use sounds that I normally should hate, but they use them so well and the songs they make are so easy to love. Listen, and you’ll probably understand. Was this a positive or negative “review”? I think it was a positive one, but I am still confused. I like TV Girl a lot.
Ulrika Spacek – The Album Paranoia || Krauty, dreamy brilliance.
Wild Nothing – Life of Pause || I thought I wouldn’t like this, but I do. Quite different than the debut I loved, but it works after a few listens.
Witching Waves – Crystal Cafe || Noisy upbeat indiepop, described precisely by the promo agency as a mix between The Cure and Sonic Youth. 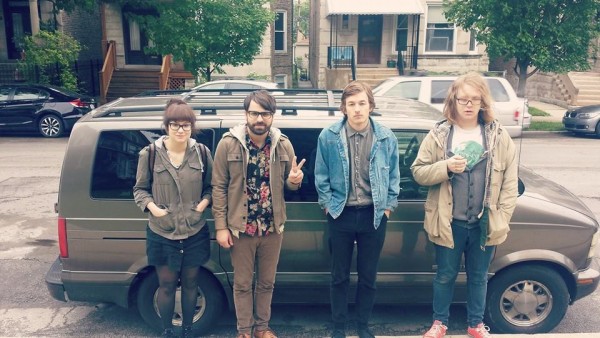 Lust – Lovender || Description
Astronauts – Civil Engineer || Former Dark Captain delivers again. This is probably a single, not an EP, but the two remixes are so well done that I count them as songs on their own.
C Duncan – EP || Not his strongest release, but worth it alone for the Cocteau Twins cover!
Dear Tracks – Soft Dreams EP || The sound of spring and summer! Lovely, bright indiepop with reverbed vocals and chiming guitars, – and did I mention that the songs are good? They are.
Home Clouds – Secret Life || A great new find for me. Very good, dreamy jangle pop with vocals that reminds me of… (the band will probably smile or laugh, or hate me for this) Kurt Cobain…. The music is far from Nirvana, though.
Lowpines – That bridge that washed away in the storm || A new release from Lowpines always has a quality guarantee, and these songs are among his best.
Lust – Lovender || A very nice, warm dream pop/indiepop EP that seems to be equally inspired by 60s and 80s/90s pop. Love the vocals on this.
The Pooches – Heart attack || The insanely catchy lead track brought me to this fabulous EP. I soon found that there are more of the greatness on this EP. 4 wonderful songs. Indie/indiepop.
Smiles – Smiles EP || Powerpop that has a lot in common with the sound of bands like Teenage Fanclub.