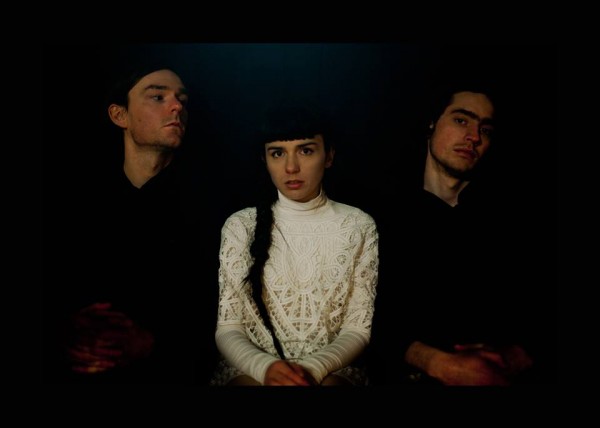 The first months of 2016 has been quite amazing when it comes to new music releases, and also this month I have found some I really, really like. Quite a lot of great releases this month, actually.
Here is a summary of the releases I loved the most in MARCH.

Like last month, I have dropped the single releases here, but they can be found in the Spotify playlist. From the singles, I especially liked the new songs from Fear of Men, Hunter as a Horse, Innerspace Orchestra, Lost Tapes, Cate Le Bon, Cabane, Beyond the Wizards Sleeve, Pity Sex, Cabane and Chris Cohen. All of these are amazing, and I am sure at least a couple will stay with me through the year. 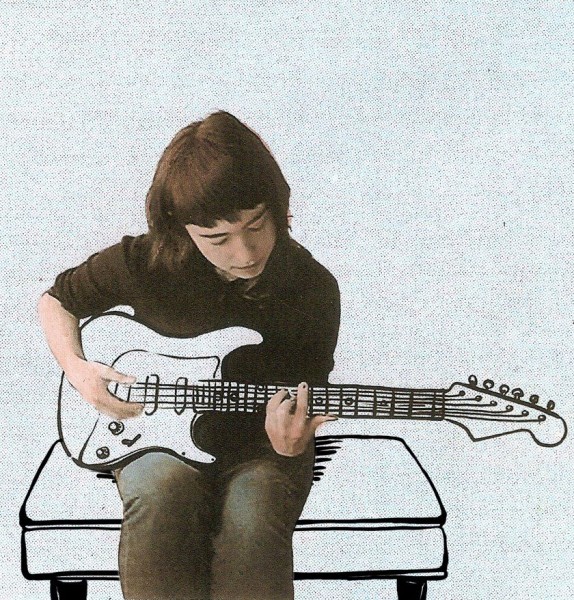 Adult Books – Running from the blows || A fine garage pop album that has some real gems on it.
Amy O. – Trembles || This is so lovely! Amy O’s vocals and her rough electric guitar is in front, and the backing drums and bass are arranged very minimalistic, just enough to add colour to everything. Great songs and lyrics all through the album.
Bent Shapes – Wolves of want || Slumberland Records is the label behind this wonderful album by Bent Shapes, and that in itself is a quality sign. The band released a couple of great singles before this, so I had high expectations. They were definitely met. Strong songwriting, great vocals, sharp and jangly guitars and some delicious production details.
Burglary Years – 100 Roses || This is a very nice indie/indiepop album out on Disposible America

. The vocals and the melodies reminds me somewhat of some old and highly underrated heroes of mine, Adorable. Some The Smiths references in the sound as well.
Chin of Britain – The Weasel is at the Bridge || One of my favourite albums so far this year. Firestations’ drummer’s solo album is full of rhythm, fuzzy guitars and warm melodies. Highly recommended!
The Goon Sax – Up to anything || Brisbane band The Goon Sax have made some of my favourite singles this year. Especially “Boyfriend” is lovely. Their album is filled with more of this. Jangly indiepop that has more in common with The Go-Betweens than the sound and the geography.

The Hanging Stars – Over the silvery lake || This album is so beautiful! I don’t usually like music where the steel guitar and the country-touch is prominent, but here it fits so wonderfully in that it doesn’t bother me. Lovely melodies and that good warm feeling. Folk/psychedelic/indie. I also love the cover art for all their releases. So good.
Her magic wand – Everything at once || Her Magic Wand makes “magic” synth-based pop songs on their new album. Their song “Draw a line”, that also were on their 2015 “Blossom” EP, is so amazingly good, and the singer’s warm voice fits so well to the music.
Heron Oblivion – Heron Oblivion || Bring folk and psychedelic rock artists together, and you get a rich and dreamy set of songs that sends you on a journey to “a lovely meadow in the shadow of a dam that’s gonna heave-ho’ any minute”. That last part was copied from their label SubPop’s description, but it is a fitting one. Meg Baird, solo artist and former member of Embers, have joined members of bands like Comets on Fire, Sic Alps and Six Organs of Admittance, and their new album takes the good things from both sides and mix them together. Very interesting album.
Holy Wave – Freaks of nature || Crystal clear melodies, chiming guitars and a psychedelic dream pop sound. A very pleasant listen.
Lady Flash – Koi Suru Bill Murray || I am easily charmed by Japanese indiepop, and when the album is as good as this one, I absolute love it. Jangly guitars, boy/girl vocals and catchy, happy melodies, sometimes sung in Japanese and sometimes in English. Listen to “Across my eyes”, and you will be a fan too!
Laura J Martin – On the never never || Laura J Martin is not an artist that is easy to describe. She has a lot in common with artists like Julia Holter, Serafina Steer or even Kate Bush, because like their music, nothing is straightforward here, and she moves in refreshingly surprising ways in her arrangements. It is however always accessible and pop flavoured. Very nice album
.
Evripidis and his tragedies – Futile Games in time and space || I am a big fan of Evripidis Sabatis’ songs, and his earlier releases have been very good. So is this one. It’s darker than his other works, but there are some amazing popsongs in there as well. As usual, the lyrics is (another of) his strong side(s).

Mackenzie Keefe – Boyfriend TV || Bedroomy lofi pop with sometimes irresistible melodies.
Nice Try – Nice Try ||  After the release of a wonderful EP – or maybe it’s called a mini album – in 2013, the debut album from the Bloomington, Indiana duo Nice Try is finally here. It’s lofi, sharp-edged and rough, with melodies and lyrics it is easy to fall in love with.
Palms On Fire – Where are the grey clouds going? || Russia has been out of my radar when it comes to pop, but the last two years some very interesting music has arrived from there. One of the bands are Palms On Fire, who recently released their debut album on Shelflife Records. Their sound is similar to classic indiepop bands like Heavenly, Talulah Gosh and The Garlands. The title track is amazing, but beware, it sticks easily and you’ll end up humming it every time you wake up in the morning…
Prince Rama – Xtreme Now || A wonderfully schizophrenic pop album, and I love it! Here you will find elements of almost any music genre woven into each other, and it sounds very, very nice. Definitely a fun album you should check out! Even if they don’t sound the same, Prince Rama has some of the same qualities as The Go! Team.
Tiger Waves – Tippy Beach || Beautiful, beautiful album! Harmony filled dreamy indie, with soft, lovely vocals and a touch of psychpop. The vocal harmonies are amazing, and makes me think of The Beach Boys. The two principal songwriters lives 1,000 miles apart from each other, so the album has been made by sending files and ideas via dropbox to each other. The “digital fact” does not reflect in the music. This is warm and sunfilled pop. Love it!

We were pirates – Matter || A new band for me, this one. Their style is synth based melodic indiepop with bass, and guitars, and beautiful, warm vocals. Some really good melodies on this one, and I think it will grow even better after a few listens. There is much to love here.
Farväl till Ungdomen – Örondövande Mörker || Oh, there is so much beautiful emotions on this record! The lyrics are in Swedish, and it will definitely add another dimension to the experience if you know the language, but the music is so good as well. I can’t express in words how much their music means to me, and this album is one of my favourites so far this year. So so so good. Indiepop.
Hintermass – The Apple Tree || Hintermass is a collaboration between Jon Brooks (The Advisory Circle) and Tim Felton (formerly of Seeland and Broadcast), and their debut is an elegantly crafted pastoral pop album. The album is out on Ghost Box, and is a “listen in full” album that gives you so much more if you play it from track 1 to track 12 in one go. Lovely!
The Magnetic North – Prospect of Skelmersdale || A new release on Full Time Hobby always get me excited, and I really like this one too. Beautiful folk flavoured pop.
Meilyr Jones – 2013 || I have waited a long time for this album. Jones was the singer of a band I had much love for, Race Horses, and after several brilliant solo-singles, the album finally came. It is a wonderful album to listen to. The word chamber pop is definitely right here. Several of the songs are recorded with a full orchestra. His lyrics are also wonderful.
Public Memory – Wuthering Drum || Strange and beautiful, dreamy electronic album, reverbed and relaxed vocals, very nice melodies. Reminds me of Baths. 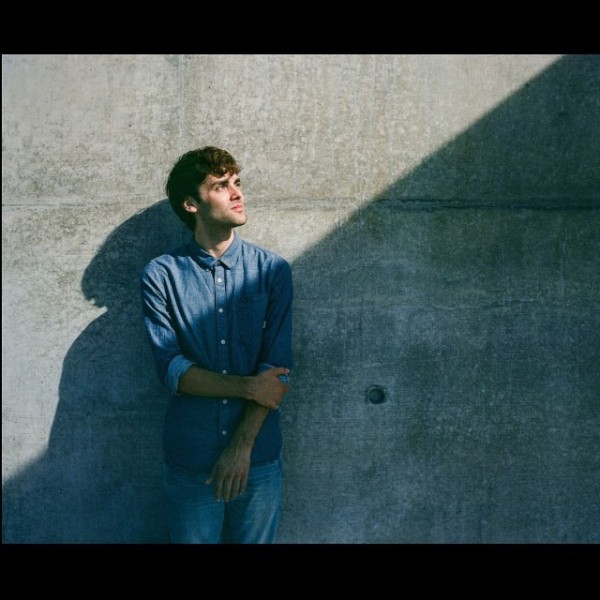 Chirping – Dancing with the stars || Sweden’s Chirping deliver a wonderful 4 track EP with rich indiepop that your ears will love. Catchy choruses, lovely arrangements and an energy that makes it easy to dance around to.
Day Wave – Hard to read || Day Wave is a one man band from Oakland, CA, and his 5 track EP is amazing, both in the way it looks and sound. The lovely blue cover-art says a lot about the music. It is airy, dreamy, a bit melancholic lyrically – but sounding sunshiny and full of happiness. Indiepop/dreampop.

Eera – Eera || UK based Norwegian Anna Lena Bruland’s musical alias EERA makes incredibly beautiful music, where her lovely voice is the center of it all. Wonderful dreamy songs with interesting arrangements float into your ears, but it’s not all innocent beauty, – there are a lot of sharp edges here, like the rough guitars on the opening track or the almost dissonant break and the slightly distorted vocal and big ending of “Marry Me”.
The King in Mirrors – Talk about today || Great 5 track EP with brilliant melodic jangly indiepop inspired by the good ones like The Go-Betweens, The Orchids, Orange Juice, The Chills etc.. On their Facebook description, they write “A slice of rough and ready guitar pop heaven!”, and they are right. These are heavenly pop songs.

DISAPPOINTMENTS OF THE MONTH 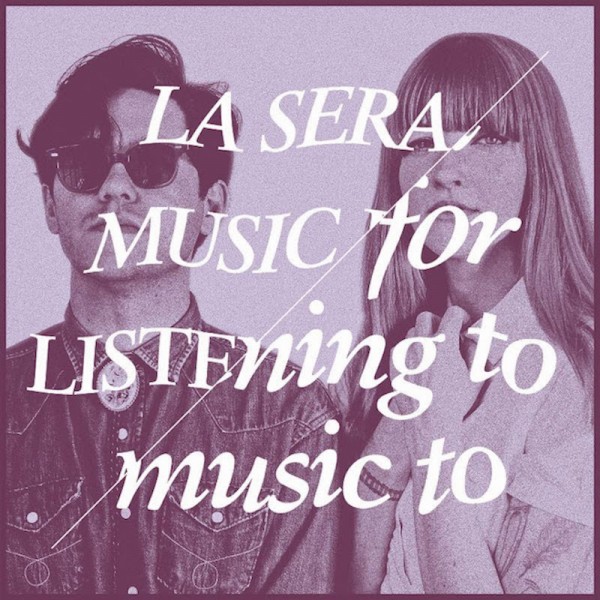 La Sera  – Music for listening to music to || The album title is terrible, the cover art is incredibly boring, and there is little to be excited about musically on this album. I used to love La Sera, but on the new album they sound like a country version of The Smiths. No, before you start to think “oh, that sounds interesting!”: No, it doesn’t.
Primal Scream – Chaosmosis || Primal Scream has disappointed me every time they have released an album since the wonderful debut “Sonic Flower Groove”. I still hope they find their way back to that sound, but almost every time they deliver something awful. And also here, awful album title and cover art.
James – Girl at the End of the World || Like Primal Scream, they were once good. They aren’t now. Good album title, though.

Listen to all of the songs from this list on Spotify, also including my favourite singles this month:
https://open.spotify.com/user/eardrumspop/playlist/21ErU71l5gzKVVLaZuZB8d