AMD 83 buy amoxil since there currently is not a that inhibit the cytochrome P450 -.

. So many good albums, songs and new bands. Here are the things I loved from March‘s releases.  (The ones that meant the most to me are marked with a red ||)

Winter – Supreme blue dream || Dreamy and blue and maybe supreme too? I guess dream pop is the right term here.
Tobias Jesso Jr – Goon || I didn’t take completely off by listening to this album, but there are some really beautiful moments here, and it’s definitely a grower. Songs like “Without You” and “Can’t stop thinking about you” are really, really good. Very 70s inspired

statistics, the number of men with moderate and completeresults in peer-reviewed literature, should be considered generic sildenafil.

. Classic songwriting.
Sufjan Stevens – Carrie & Lowell || What an amazing album this is! Gold from start to finish, and it is probably one of my absolute favourites this year.
Only Real – Jerk at the end of the line || A bit schizophrenic, this album. A lot of different styles are mixed, sometimes dream pop or slacker pop with lush, beautiful vocals and then they start some kind of rap… Not completely my style, but there are some really good songs on it, like “Can’t get happy” and “Yesterdays”.
Nils Frahm – Solo || Always beautiful music from Frahm. Only him and his piano.
Nic Hessler – Soft Connections || I loved his Captured Tracks releases as Catwalk, and I love his Captured Tracks release under his own name. Lots of great songs here.
Mountaineer – 1974 || A very good folkish album. Calm, beautiful vocals and pleasant instrumentation.
Martin Callingham – Tonight, we all swim free || Formerly the singer of one of my favourite bands, Joyce the Librarian, Callingham continues his musical path as a solo artist, and it’s all really, really good. Acoustic songs, with his great melodies, clever lyrics and warm, lovely voice.
Jane Weaver – Amber light || I love this one. Dreamy, experimental, krautish pop with spacy synths and Jane Weaver’s perfectly fitting vocals. Beautiful. Fans of Stereolab and Broadcast may love this.
The Go! Team – The Scene Between || The Go! Team does what they do best, and it works very well again. Makes me happy!
Evans the Death – Expect delays || Some great moments on this one, but I admit that I was a bit disappointed when I first heard it. Need to listen more, because I know it will grow on me.
Echo Lake – Era || A very good dreampop/indiepop album, full of reverbed vocals and guitars. Good songs through-out the album.
Death Cab for Cutie – Kintsugi || As an old fan, I always look forward to Dcfc albums. I don’t spend the same time listening to them as before, but this one has spent a few rounds in my player.
Courtney Barnett – sometimes I sit and think and sometimes I just sit || I love her wonderful lyrics more than her songs, but I like most of her songs as well, so I guess that I like this album quite a bit. Musically, I think she’s a bit repetitive in how she writes songs, and sometimes I feel that I’ve heard this with other lyrics before. I’ll definitely buy the book.
Palaxy Tracks – Wilderness || A beautiful folk pop album with some of my favourite songs of the year on it.

Wolf Alice – Giant Peach || I developed a weak spot for this band during the year, and I think this was the first I heard by them. Great single to play loud.
Tape Waves – Hanging On || Reverbed female vocals, jangly guitars, nice melody. Out on Bleeding Gold Records.
Sweet Baboo – Sometimes || Very nice single from Sweet Baboo. I especially like the strings/brass part in the middle.
Juni Järvi – Om en vecka, kanske ett år || His debut singing in his native Swedish language, and it suits him well. Really, really good single with strong lyrics and a lovely “takeoff” chorus.
Surf Rock is Dead – Zen A || Atmospheric, dreamy, upbeat indie. Interesting band.
Siv Jakobsen – How We Used to Love || Beautiful introduction to a very fine Norwegian singer/songwriter I spent a lot of time in 2015 listening to. Love the piano on this song.
Pupppy – Beans || Single on Father/Daughter records, with a very nice chorus and even a short guitar solo I actually like.
Eternal Summers – Together or alone || One of many brilliant songs from this band this year.
The Weather Station – The Way it is, way it could be || beautiful Joni Mitchell-ish folky song.
No Joy – Everything New || Reminds me a bit of Lush. I like it.
Landshapes – Ader || Starts with a scream, but continues with gorgeous vocals and an upbeat guitar heavy indie track with strong pop flavours.
Hop Along – Powerful man || A new find for me this year. Simple, infectious guitar pop, with energetic female vocals. Quite 90s, I think.
Funeral Advantage – Not in my house/That’s that || Great indiepop single from a band that delivered several good releases in 2015.
Westkust – Swirl || A wonderful shoegaze/dreampop single that really kicks, with lovely guitars and great vocals, especially on the chorus. Love it! 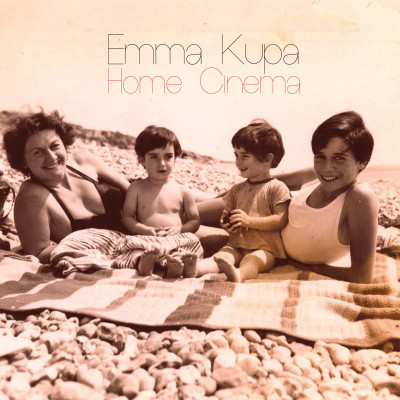 Sacred Paws – 6 songs || New wave inspired, with African-styled guitars. Cool EP.
The Pattern Forms – Other Voices 03 || Very, very strong 2 track single/EP on Ghost Box Records. One with vocals + one instrumental.
Emma Kupa – Home Cinema || This mini album from the former Standard Fare singer is a delight, as expected. She also released an album later this year with Mammoth Penguins, which I also loved. Her stories are wonderful.

Listen to all these releases in this Spotify playlist: