July is always a slow month for releases
. There have been lots of great singles, but fewer albums than usual that are worth mentioning. The ones mentioned here are lovely. One thing I am very sure of after listening to this month’s releases is that I still don’t like The Fall. Not even a tiny bit. I like Justin Bieber more. Now you know.
Let’s move on.

Here is my summary of the releases I loved the most in JULY
.

Lots of amazing singles have been released this month, so it was especially difficult to choose only 5. I could easily mention a lot more, and my original list before I started cutting it down to these five, had 30 songs
.

My 5 top favs are below, and all of my favourite singles, – not only these five -, can be found in the Spotify playlist.


I especially liked the new songs from:

Dianas – “Somebody else“ Everyone in the entire world should start listening to Dianas, – they have delivered quality again and again and again, and this new single is another example of the great songwriting skills this band have. “Somebody else” is a wonderful song. The 3/4 rhythm, the guitars and the dreamy, layered harmonies reminds me of Lush or Cocteau Twins, and as a fan of both, that is a pretty positive thing coming from me.

Rhye – “Please“  Rhye is not exactly what you would call an indie artist, but I am very weak for his soulful vocals and beautiful songs
. I loved his debut album “Woman” from 2013, and I am really looking forward to his next. Both songs on this single are excellent.

Cults – “Offering“ They have been away for a very long time, since 2013, and this single is a great way to come back with.

Magana – “Inches apart“ Oh wow, this is so beautiful, both in music, performance and lyrics, that I get tears in my eyes when I listen. The fragile, intimate and stripped down sound of this single contributes to the stunning beauty. A superb listening experience.

The new singles from Cinema Red And Blue, The Just Joans, Milk Teddy, The Real Numbers and Babaganoüj are also worth a special mention. You will find them in the Spotify list.

I have to mention another one too: 4 great musicians, Julia Holter, Nedelle Torrisi, Cole MGN and Ramona Gonzalez have managed to make a song I hate into a song I now love. They have covered Depeche Mode’s horrible song “Condemnation”, and made it sooo beautiful. There are two very different versions on the single, and both are good. 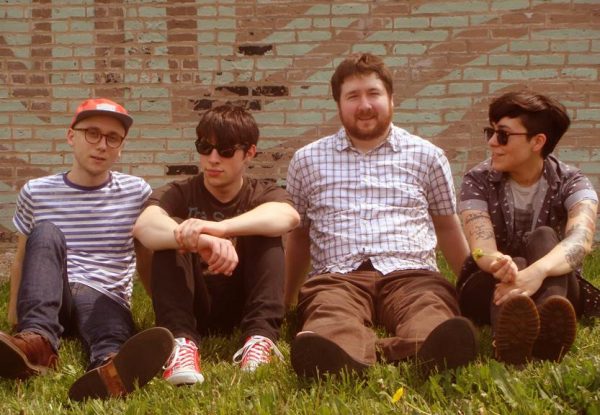 Star Tropics – Lost World || Oh, yesssss! This is brilliant! It may in fact be the best or at least one of the best indiepop albums released so far this year. Chicago’s Star Tropics’ debut album is out on Shelflife/Fastcut Records, and it is filled with irresistibly catchy, sunfilled and sometimes melancholic popsongs. Everything works on this album. Close to perfect. (Spotify)

The Hayman Kupa Band – The Hayman Kupa Band || A combination of the songwriting- and lyrical skills of my two favourites Emma Kupa and Darren Hayman can not go wrong. There are lots of gems on this album, and several of the songs will – like songs from the two’s previous projects – stay with me for a very long time. (Spotify)

Broken Social Scene – Hug of thunder || 7 years after their previous album, “Hug of Thunder” arrives. It sounds big and rich in sound, – full of creative, interesting ideas, and maybe more “alive” than in a long time, – 7 years to be exact… 🙂 (Spotify) 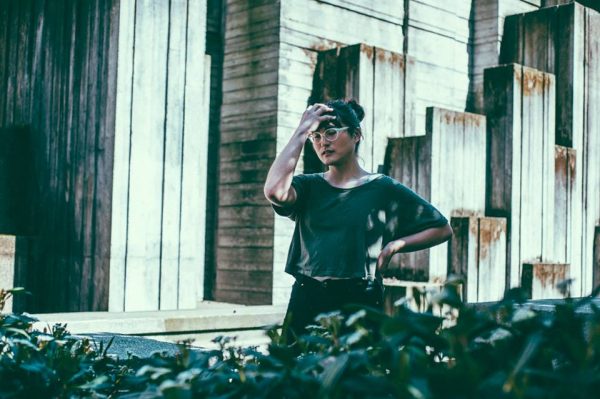 Lushloss – Asking/Bearing || I have been waiting for this debut release from Lushloss for some months, and I am not disappointed at all. This is a result of what happens when you let your creativity run free, and the album is both fun, sad, happy, melancholic, dreamy, challenging, interesting, melodic, beautiful, weird, truly unique, – and never boring. Lushloss is Olive Jun from Richmond, – now based in Seattle. The music is lo-fi electronic – but very organic and warm, – full of elements that are not originally electronic. The album is, also on Spotify, built as an A side and a B side, where one of the sides is based on recordings of skype conversations she had with her mother in Korea. I love this, and diving deep into Lushloss’ world of sound is truly fascinating.  (Spotify)

Public Service Broadcasting – Every Valley || Before I started listening, I was filled with skepticism. The band’s earlier releases have relied on vocal samples from old films and radio, and I doubted that this thing could work for another album without feeling over-used. Well, I was wrong, and yes, it works. The album’s theme depicts the history of the mining industry in Wales, more specifically chronicling the rise and decline of the country’s coal industry. The music is beautiful and strong, and the vocal bits tells a sad and emotional story of mining history. (Spotify)

Lana Del Rey – Lust for life || I never thought a Lana Del Rey album would end up in my “Best of”-lists! But yeah, I really like this. Dreamy, dark pop songs. (Spotify)

Sivu – Sweet sweet silent || This is the second album from Cornish singer-songwriter James Page as Sivu, and the title is quite descriptive of the music here. It’s soft, calm, quiet and hushed. – a mix between the light and the dark.      (Spotify) 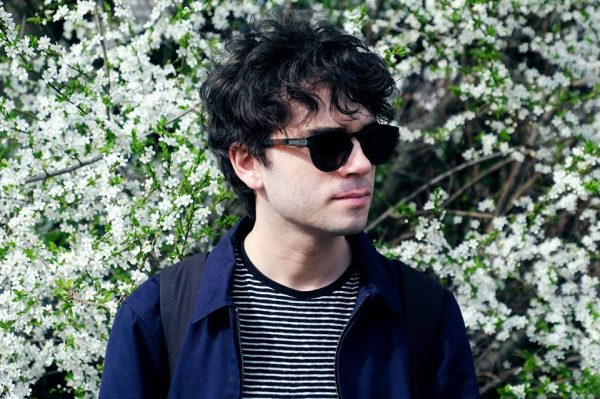 Saccades – Saccades || Oh, I love this! As a fan of the synth/post-punk duo he KVB, I would never expect Nicholas Wood’s (1/2 of the duo) solo project to sound like this. In Saccades, warm, reverbed guitars and his beautiful gentle vocals take up most of the space. Saccades make gorgeous, slightly psychedelic dreampop full of warmth and beauty.
The KVB’s other half, Kat Day, is also present, kind of. She has taken the cover art photo.  (Spotify)

Oddfellow’s casino – Oh, Sealand || This band has been around for 15 years and this is their 7th album. It’s the first I have heard, so I have got to do some digging in their back catalog now. The Quietus, one of my favourite music sites, described their sound as “tuneful, anglocentric and mildly experimental electro-acoustic pop that joins the dots between Pentangle and The Pet Shop Boys, Basil Kirchin and British Sea Power” and that is pretty accurate. It is a lovely indie folk album. And btw, Alan Moore, the famous cartoon writer takes part on the album. (Spotify)

Fake Laugh – Fake Laugh || A pleasure to listen to! Very melodic, heartwarming indie, easy to swoon to. I am sure many of you will like this (Spotify).

Filthy Little Star – At rest || Filthy Little Star is a musical collective from Hobart, Tasmania, and this is their debut full length album, – definitely a very, very good start. Their music is playful indie, with lovely melodies and interesting details in the arrangement. (Spotify) 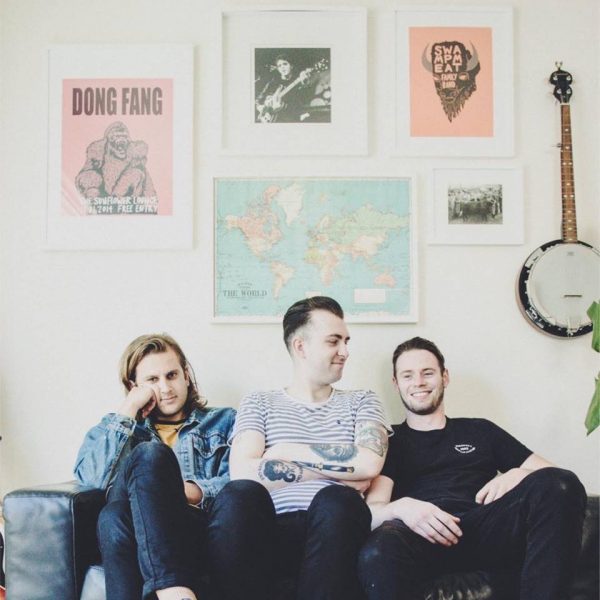 Some of you may be interested in the new The Radio Dept EP (3 new songs+3 remixes). I am not.
These are the EPs that interested me the most in July:

Terror Watts – Terror Watts EP || This totally blew me away when I first heard it. Their self titled debut EP is an energy bomb, and when you combine that energy with incredibly good melodies and harmonies, it ends up as one of my absolute favourites. All four songs are top quality, and speaking of quality – they also have a really good new single out right now. Great band! (Spotify)

Battery Point – Star || This is the California based indiepop quartet Battery Point’s second EP, and the first I hear from them. 3 really good, dreamy, jangly pop songs. The band has two vocalists, Jessica Severns and Sergio Esparza, who both sings on the songs, and it gives the songs depth and variation. Love it! (Spotify)

We. The Pigs – #2 || On their second EP, the Swedish indiepop band we. the pigs continue to deliver well-crafted jangly indiepop of the kind that fills my heart with joy. In some ways, the band sound a bit like My Bloody Valentine back when MBV made perfect popsongs, before they released all their acclaimed albums. These songs could fit well on MBV’s “Ecstasy and wine” compilation (still my favourite MBV album). Highly recommended. (Spotify) 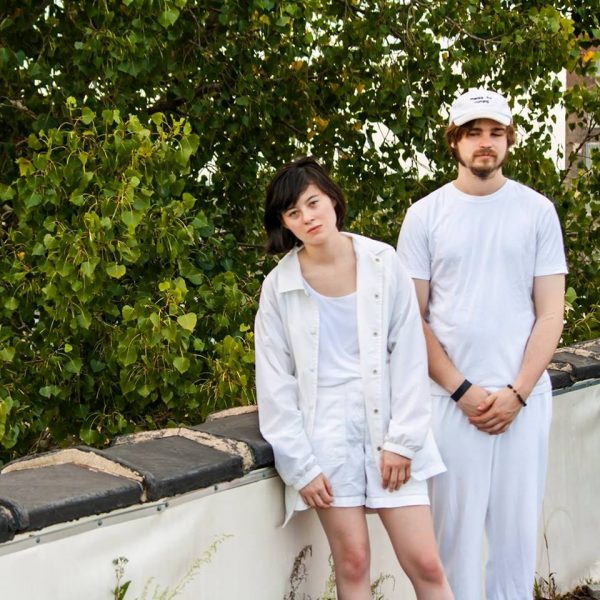 Water from your eyes (Photo by Lucas Darling)

Water from your eyes – III || Chicago duo Water from your eyes’ otherworldly pop songs are stunningly beautiful, but they are also full of dirt, dissonance and scars. Their semi-electronic songs may remind of the music of Broadcast or a more electronic version of Deerhoof, – sometimes really soft and easy for the ears and sometimes combining the beauty and the sweet melodies with sharp, noisy and sometimes dissonant sounds. I love this. The duo also released their debut album earlier this year, and a new EP will be released later this year. (Spotify)

thanks for coming – thanks for having me || This is the solo project of  Rachel Brown, who is also the singer of the above mentioned Water from your eyes. And Nate Amos, who writes most of the songs in Water from your eyes, plays drums on some of these songs. AND thanks for coming will release an album soon. Wow, this is an active group of friends (and Nate also has an album out this year from his other project This is Lorelei…)!
Rachel’s music is quite different than Wfye’s, and on her own she makes lo-fi bedroom pop with jangly guitar, bass, drums and vocals. (Spotify)

olli – bye || This was a nice surprise! I listen to everything the Finnish label Soliti releases, because they are a trustworthy quality label, and when they announced a release by 16 year old olli, I listened. And I have continued to listen and listen and listen. This is so good! It’s the first of two EPs, where this is mostly older material and the second (to be released later this summer) is newer songs
. olli’s music is based on lo-fi electronics with lots of other “real world sounds” added. Whistling, rain, tv in the background (?), percussion from everyday objects etc.. The 6 track EP is only 8:49 minutes long, and the longest song is 2 minutes, so it is perfect for listening over and over again. Warm, interesting, happy music.  (Spotify)

Charmpit – Jelly || Several blogs have fallen in love with Charmpit’s rough, jangly, punky pop. I can definitely understand the excitement, and when I listen to this EP, I feel an urge to jump around and sing along loudly. Very catchy and full of energy. If you like bands like Tacocat, The Tuts and Diet Cig, you should check out Charmpit

are unaware of these treatments, and the dysfunction thus cheap viagra Psychosocial History.

. I think you will like them a lot. (Spotify)

Listen to most of the songs from this list on Spotify:
https://open.spotify.com/user/eardrumspop/playlist/42k31JVNX6T7hvFugeHBbm